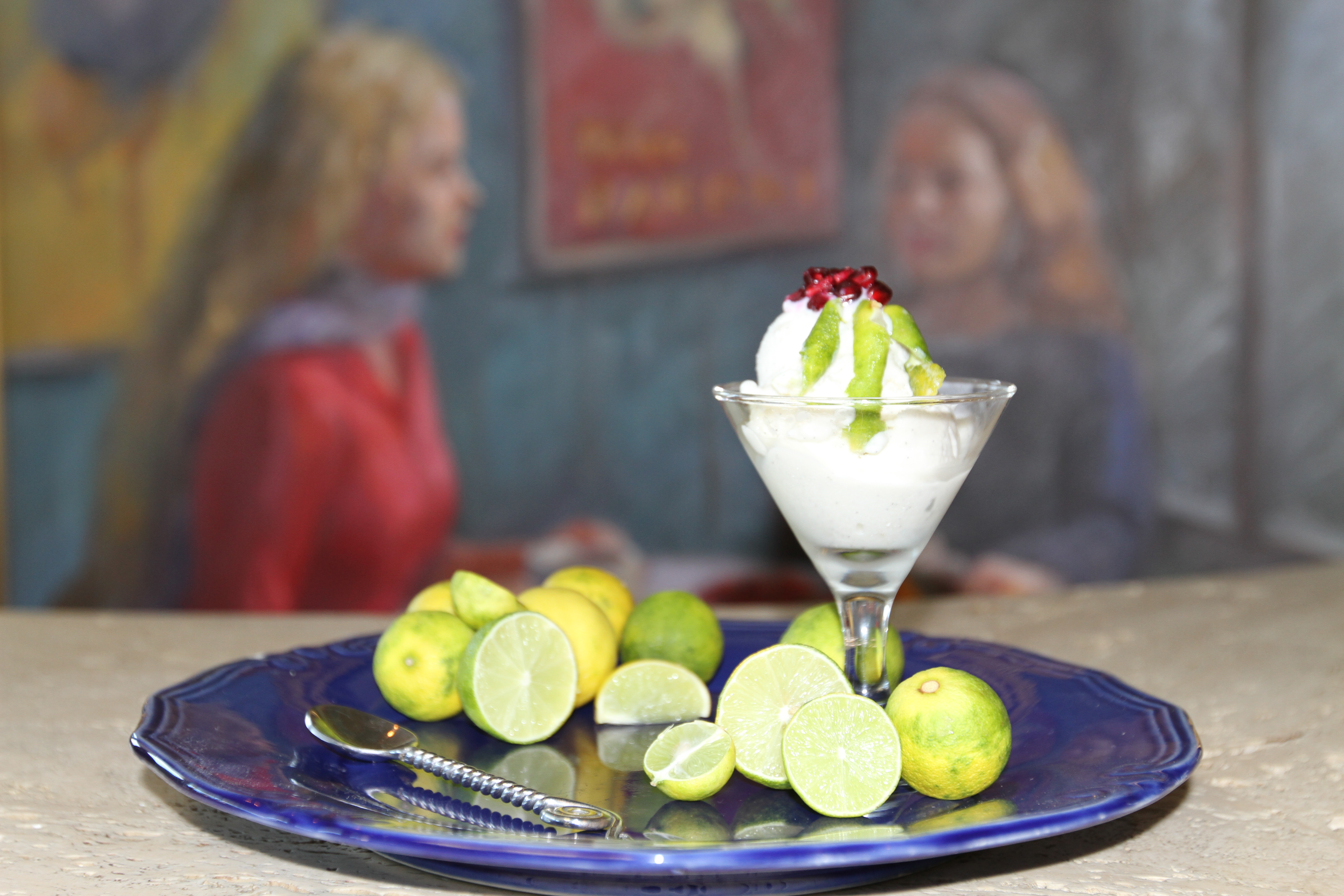 Let’s take a little departure from frozen yogurt for a bit.
A few years ago when I first read Jonathan Gold’s mention of Bulgarini Gelato Artigianale in LA Weekly, I mentally added it to my “to-try” list. After all, how much more authentic can you get than a gelato-maker who hails from Rome? But it wasn’t until I read in the LA Times that Bulgarini only uses pistachios from Italy (because California pistachios are too bland), roasts, grinds, and churns them to make a truly nutty pistachio gelato that it moved up higher on my list. Then my brother mentioned that he ate their pistachio gelato several times and that it really was the best pistachio he’d ever had.

That did it. The only problem is that Bulgarini is located way out in Altadena. They also sell out of the Laemmle Theatre Playhouse 7 on Colorado Boulevard in Pasadena. But I wanted the in-store experience. So if you don’t mind driving an additional 15 minutes or so when you’re already in Pasadena, then it’s OK. Otherwise, that’s quite a ways to go simply for gelato.

Then I came across mention that last summer Bulgarini also featured an Italian movie night. Classic Italian movies projected on the wall in the courtyard in front of the restaurant and Italian dinners for $9 if you want to eat before the show. Sounds quaint right?

So after driving what seemed like forever on Lake Avenue until I hit the foothills, I turned left on Altadena Drive, and turned right immediately into the Rite-Aid parking lot. To the right side of the very sleepy strip mall, look for the red umbrella. Yeah, that’s the courtyard the Italian movies get shown. Eh, maybe I’d do it if I lived nearby, but so far the deserted appearance was not a good sign.

Variety of gelatos available. I tried several flavors and the gelato tasted good, but not worth driving into-the-middle-of-nowhere good. Until I tried the pistachio. 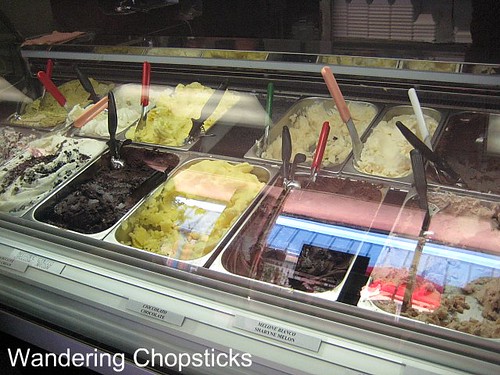 Oooooooh, just look at those toasted pistachio bits. It tasted exactly like ground pistachios. The real nut, not the fake artificially-colored stuff I’ve gotten elsewhere. I got a medium for $4.35. The flavor in the back is vanilla plum. But since that was nearly a year go, I honestly can’t remember what it tasted like. I do remember thinking I should have just gotten only pistachio. 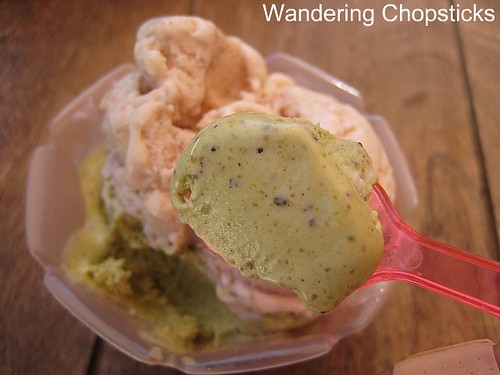 My brother and I took my mom last Christmas and even she was impressed with how pistachio-y it was. That time, we opted to get just pistachio. Because really, while the other flavors are good, I can get gelato much closer to home. I have yet to find a pistachio gelato as good as Bulgarini’s.

Anyway, so recently I was already in Altadena and decided to visit again to see how memory held up. Again, I tried other flavors, but none of them wowed me. So I ordered a small pistachio for $3.25. And well? It wasn’t nearly as good as I remembered. I don’t know if it was just this batch, but I was quite disappointed. Plus, here’s my main complaint, notice how tiny the small serving looks? 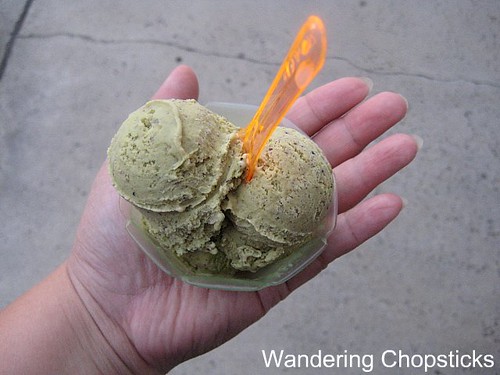 That’s a sample spoon that’s stuck in the gelato. My hands are not that big either. I still have the dishes so I measured. The size small tapers down so it’s a little under 3 inches in diameter and 1 1/2 inches at the bottom. The medium was 3 1/2 inches in diameter and 1 3/4 inches on bottom. The medium container completely fit inside a ramekin, that’s how small it was.

You can call me cheap, but for $3.25 I want something that lasts longer than the walk from the gelato store to my car. Seriously, I literally finished eating the whole thing in just a few bites. Those scoops are mini, not a normal ice cream scoop. Would it kill Bulgarini to be a little more generous with his servings? The shop is located in the middle of nowhere, at least a 15 minute drive from Pasadena. Shouldn’t the gelato be worth my while if I’m gonna trek all the way out to Altadena? And don’t give me the schtick about how the gelato is made in small batches every day. Tai Kim of Scoops – Los Angeles makes small batches of gelato every day too with quality ingredients and specialty flavors and charges only $2.75. Kim’s $2.75 small size is Bulgarini’s $5.35 large size. Plus, since Scoops is in L.A., there’s other places to see and do and eat nearby.

Because the pistachio can be hit or miss, or possibly not as good as it used to be, because the shop is way, way far, and because of the stingy servings, I’m just lukewarm on Bulgarini now.