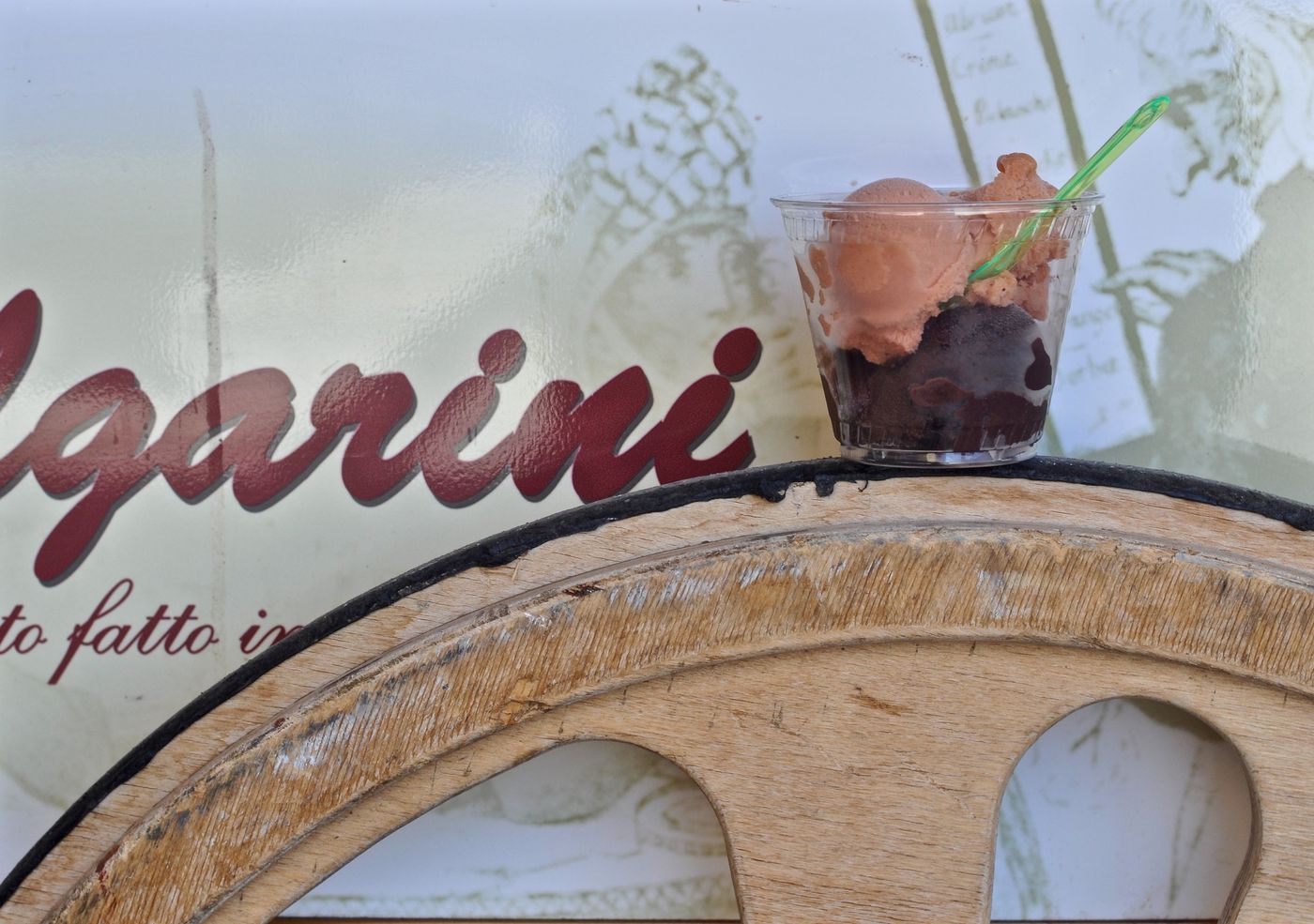 Finding Leo Bulgarini’s gelato has become, over the last decade or so since the Italian-born former sommelier began making his superlative gelato, a kind of L.A. treasure hunt.

In the early days, Bulgarini would peddle his gelato, moving his cart from the Pacific Asia Museum to Caltech to Pasadena’s Laemmle theater. Then he opened an actual shop, in the back of a Rite Aid parking lot in Altadena. For a time, there was a Culver City shop and, briefly, the cart appeared at Grand Central Market. That cart, as much of a throwback as Bulgarini’s gelato — dense and impossibly rich, often handmade with ingredients that Bulgarini brings back himself from Italy — has recently been parked in downtown L.A.’s Arts District, in the courtyard of Hauser Wirth & Schimmel.

Bulgarini says that he likes the Arts District — he also likes museums — and is looking for a more permanent location in the area. Until that happens, the cart is in the pretty outdoor space in the center of the new art gallery, a gorgeous lofty space in what was once the Globe Grain & Milling Co.

The cart, which is helmed by Bulgarini staffer William Salvador Stevenson, is parked downtown from noon to around 5 p.m. Thursday to Sunday. On Thursdays Stevenson stays until 8 p.m. to serve gelato for folks who come for the weekly afternoon live music that the gallery hosts.

Mostly there are five or six flavors in the refrigerated cart, depending on what’s in season. Last Friday, Stevenson was scooping hazelnut, dark chocolate, stracciatella, banana and salted Florentine chocolate gelato, as well as red peach sorbetto.

While you’re there eating your cup of chocolate gelato, you can also check out the excellent exhibit “Revolution in the Making: Abstract Sculpture by Women, 1947-2016,” which is on display until September. And if you need something to eat before your dessert, there’s Igor Avramenko’s Pirozhki Airstream, parked conveniently nearby in the adjacent public garden — the gallery is a network of attached galleries around a breezy central courtyard. Later in the summer, the highly anticipated restaurant Manuela will open in a spacious location between the courtyard and the gallery’s book lab. In other words: lots of excellent food and art, all in the same space.